The company said: “The positive development in operations compared to last year can mainly be attributed to higher production from offshore wind, higher levels of activity in connection with the construction of offshore wind farms for co-investors, the completed renegotiation of an oil-indexed gas purchase contract and lower costs in Oil & Gas, partly offset by lower oil and gas prices, lower oil and gas production and unfavourable market conditions for thermal power generation” 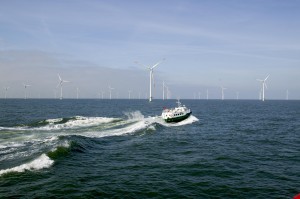 Operating profit in its wind division increased by 2% to DKK 6.2 billion. However, Dong said that the underlying growth was much higher as this figure was affected by divestment gains in its 2014 results.

Chief executive Henrik Poulsen said: “The focus on renewables has turned DONG Energy into one of the fastest-growing energy groups in Europe and created a unique platform for continued growth and value creation. The strategic shift in business mix will also reduce Dong Energy’s exposure to commodity price risk as a higher share of revenue will be regulated and contract-based.”