From the archive: The gas, electricity, transport balancing act

This interview originally appeared in the March issue of New Power. Click here to find out how to subscribe and get New Power’s exclusive content and analysis every month. 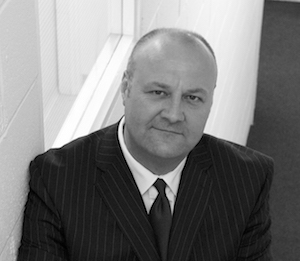 National Grid is due to open a tender in April for enhanced frequency reserve services and among the prequalified bidders is a storage option that also offers other opportunities: it can be used to reduce constraint costs, soaking up excess power from wind and solar when it exceeds the grid capacity. ITM Power, which provides the equipment, has been seeking funding from investors over the past few weeks to underwrite a rollout of the technology in the UK. The company announced in January that it had raised £2.14 million from institutional investors and sought a further £3.74 million in new share offerings.

What ITM Power hopes to roll out is an electrolysis process that uses power to produce hydrogen gas from water. The hydrogen can be injected into the gas grid or used to fuel vehicles. It is power-hungry – but in some circumstances that is a useful characteristic. The company says it is a storage option that could benefit both electricity and gas grids, because unlike batteries it can operate continuously, without the need for discharge periods, and it produces hydrogen at high pressure that can be injected into the gas grid.

Last year the company won a contract to install a power-to-gas unit at Orkney’s European Marine Energy Centre (EMEC). The £1.8 million installation – through factory testing and about to be installed – has a 500kW capacity. It will be powered by tidal units installed at the test centre, which will mean they do not have to invest in a new grid connection. Cooley says the option is very important for tidal plant because “rather than get a grid connection you can connect [to the power-to-gas unit] and get five ROCs [Renewables Obligation Certificates] – it allows for commercial implementation without a grid connection. It is very important for us and for the tidal industry”.

“The rationale for energy storage is very strong,” Cooley tells New Power. “Evidence from Denmark and Germany is that when you are above 20% [renewable energy] by capacity you have to start turning down. Wind curtailment has started in the UK.” Last year National Grid had to curtail 1TWh, he says (and it has offered a ‘Demand Turn-Up’ product to absorb excess, see last month’s issue). But at other times the system operator needs other services: it has to call on parties to provide frequency response, which may require them to turn up or down within a second or two. Cooley argues that demand options such as power-to-gas are better than using generation to perform this service – “generators are slow and take a long time to bring up, and they are more ‘carbonising’”.

For Cooley, interaction with the gas grid is the obvious solution: “The gas grid is massive, three times the size of the electricity grid in the UK and five times the size in winter. You can view it as the UK’s renewable energy store.” The company has had a 300kW unit in operation jointly with Germany’s Thuga Group that has been injecting gas into the local distribution grid for two years, and a second project has begun with RWE. Cooley says network operators in Germany are ready to roll out the technology elsewhere in the country, but utilities “are negotiating connection charges and licence changes with the German government”.

ITM Power, with Amec Foster Wheeler, has completed two successful power-to-gas trials with National Grid and in December the technology was also qualified as a frequency response provider. But licensing issues are a barrier in the UK as well. How can it be rolled out? In the unbundled GB market, National Grid is not able to operate storage on a commercial basis and nor, barring pilot projects, are electricity and gas distribution networks.

That may change, and power-to-gas, like other storage options, awaits a new definition to enable it to play a bigger part on the system (see New Power’s interview with ESN’s Jill Cainey in the February issue). But ITM Power has prequalified to provide enhanced frequency response in National Grid’s upcoming tender from a slightly different implementation of its process. It already has one hydrogen filling station in operation in the UK and nine more funded, and it recently signed an agreement with consultancy Arup to seek more opportunities. Cooley sees a growing enthusiasm for this option – “you can go 400 miles on a three-minute refill”, he says – and companies such as Toyota, Honda and Audi have right-hand drive models coming onto the market in the next two years. “It will take time to build volume” in the road market, he says.

The fuelling stations will be sited on and near the A25: I ask Cooley whether the company has had interest from the Western Power Distribution area, where grid management during periods of high solar generation is an urgent issue. He says the company has “not had much traction” in the region – yet.