Decarbonisation: it’s about much more than power

The discussion, it should be said, is valuable and well-timed. Read more about it here.

My frustration is that low carbon should be considered as an energy-only issue.

The debate started much more broadly, with Lord Mandelson pointing out that decarbonisation was now fundamental to global policymaking (“it’s in the DNA”, he said), and Steve Holliday, until recently chief executive of National Grid, talking about the importance of demand response and other flexible technologies.

But it was clearly hard to avoid talking about just one low-carbon agenda – renewable energy plants.

At last, rightly, and very positively, the fact that the low carbon agenda underpins everything we do has become the new reality. If you don’t believe me, take a look at the margarine advert at the bottom of this piece (and let us know if you have seen other unexpected low-carbon claims). And nowadays those who don’t believe that decarbonisation matters are the ones who have to argue against the consensus.

In policymaking, however, low-carbon is too often stuck in a silo at the Department for Energy and Climate Change (Decc). And at Decc the low carbon agenda seems to be stuck in its own silo: building renewable energy and trying to use it to attract manufacturing jobs.

What’s the result? Sometimes it is skewed policy decisions.

So the UK perhaps felt justified in pulling the plug on its carbon capture and storage (CCS) programme because it thought coal plants were closing anyway. But that’s too limited a viewpoint: the real need for CCS is for industries where there is no other way of fully reducing carbon emissions.

Sometimes the result of that Dec silo is that many of the real and growing benefits arising from decarbonisation are simply ignored. So we have seen just one turbine manufacturing plant built, in Hull.

That’s a great jobs boost. But the discussion at the Green Alliance had welcome reference to the huge payoff in jobs that will come not just from manufacturing, but from the many services that the UK specializes in supplying. Renewable energy projects worldwide may not have many large metal parts shipped from the UK, but a majority have UK professional services like financial, accountancy and legal. And when it comes to monitoring, verifying, managing, and maintaining those plants, again many will rely on the UK’s experts services sector.

The silo also makes it hard to leverage other decarbonisation opportunities. The talk at the Green Alliance discussion was about decarbonising power. But political parties are vying with each other to set ambitious housebuilding targets at the moment and housing is a major cause of carbon emissions.  A zero-carbon new-build homes programme may be the cheapest possible way of decarbonising. And it could be instituted step by step, would have far lower planning delays than large power plants, and could build the expertise and specialist product industries that we already successfully export worldwide. (And on power, it does help solve our security of supply issues.)

Deacarbonisation is not just about providing low-carbon power. It’s about much more than that. And if the UK recognised that it now underpins everything we do, it could build on all its existing world-leading industries – from services to farming – to export new low-carbon versions across the globe. 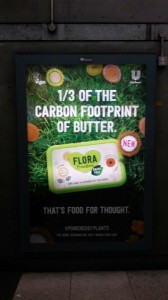