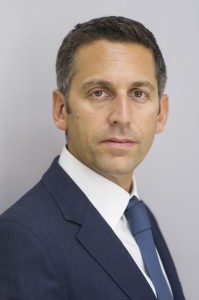 The UK “is just getting started” on using onsite power generation for industrial and commercial sites, says Jonathan Maxwell, chief executive of Sustainable Development Capital LLP (SDCL). The number of sites taking such measures has doubled over the past five years and it will double or triple again in the next decade, he says.

In April, SDCL’s Energy Efficiency Income Trust (SEEIT) raised £71 million, mainly to add three projects to its energy efficiency portfolio. In the UK, the fund expects to take on large scale rollout of rooftop PV under a power purchase agreement with a large retailer. That will be of the order of “tens of MW”, Maxwell told New Power. But the second addition, in southern Europe, will see it install onsite CHP representing 10 times that much capacity. The third (already completed) is a CHP plant in New York

April’s share offering followed an earlier offering in December, when the fund raised £100 million, but the prospectus offered up to 500 million shars at around £1 each. Maxwell insists he is pleased with the results of both placings. After December “at £100 million it meant we could be fully invested from day one”. Instead of a ‘war chest’ for future acquisitions the fund had cash flow and could have higher dividend cover. The second offering “was above the minimum threshold we set and we can put it to work quickly”, he says, on the PV and CHP projects mentioned above. The fund could come back to the market a third time on the same prospectus to offer the remaining 330 million shares.

The funds are focused on power assets including CHP and PV, (alongside direct energy efficiency options like high-efficiency lighting) but because they come to the market in the form of long-term management contracts with the I&C customers (and other organisations like hospitals) they have a different profile for investors. They are more akin to long PPP or PFI (public-private partnership or private finance initiative) deals than power plant investments. Funds have been investing in renewable energy vehicles over the last few years, he says, but with options like SEEIT “when you look you see similarities with social infrastructure investments. It is complementary to renewables.” You don’t have power price exposure, he says, you have contracted cash flows.

Are investors ready for this? Maxwell admits it requires a specialist investor. But he says it is a natural follow-on for investors who are already in power and other types of social infrastructure. They can see the carbon and energy savings from generating power where it is used, and they are familiar with availability-style contracts. The placing attracted pension funds, insurance investors and asset managers as well as wealth managers.

Maxwell sees a pipeline of deals ahead. The company “knows how to build, operate and maintain” these projects, he says and he expects to pick up projects in the secondary market, from independent developers and utilities. “A listed trust with long-term interest in owning projects and delivering savings is very attractive for developers who want to recycle capital,” he says.

Talking about how the sector should expand in the UK, Maxwell says deals here succeed because projects “can stand on their own two feet”. Onsite gas and rooftop PV can both deliver power cheaper than grid supplies, he says, and it should be greener because using the heat from the installation can deliver efficiencies up to 70%, compared with a grid average of 38%. His last claim is to better resilience. That is both in power terms (protecting the user from power outages) but also in a much broader sense – for example lighting contracts, he says, can give employees a much better working environment. As for power resilience, I ask whether that could offer the industrial user the option of downgrading their grid connection to cut costs. We are not there yet, Maxwell suggests, because discussions over changes in the charging regime are still under way. But it is on the radar.