Sebastiaan van Dort, associate director & head of energy at BSI, says standards are the simple way to get innovation and confidence into the energy industry. And a ‘flex’ approach means standards can developn alongside their use cases 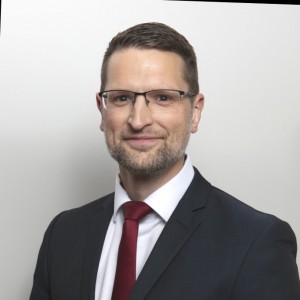 A third of businesses (32%) surveyed in standards body BSI’s Net Zero Barometer, published in January, say they are using British or international standards to guide and assess their Net Zero actions. That was especially the case for small and medium enterprises (SMEs), 37% of which said they relied on standards.

That comes as no surprise to Sebastiaan van Dort, associate director & head of energy at BSI. Ofgem is rightly keen to use ‘outcomes-based’ regulation, he says, butin his past experience working at Ovo Energy on social obligations, including setting up a ‘Warm Homes Discount’ department “I needed something black and white”, he says. It makes it easier, “if you are setting up from scratch”.

That experience is one reason why he thinks there is a bigger role for standards in moving towards Net Zero. And he suggests using common standards across all sectors of the economy – for example on how to treat vulnerable customers – could make it simpler for new organisations to become energy suppliers.

In our discussion I ask first about the most urgent standards needs, given the energy industry’s revolution in decarbonisation, digitalisation and distributed energy.

Van Dort says BSI has recognised those three major trends and their increasing momentum. The organisation wants to enable the transition to net zero, he says, “and specifically with a wide system view of it. That’s why we are looking at the entire system and the role standards have to play there.”

A flexible and interoperable grid will be very important, “and that is where you start to see convergence with other sectors, like the built environment or transport and vehicle-to-grid. How are we going to make all these things a reality? If you look at infrastructure and interoperability you know how frustrating it is to have different chargers for different phones. You don’t want that with electric cars”.

you know how frustrating it is to have different chargers for different phones. You don’t want that with electric cars

As important is refining and supporting energy innovation, whether it is on low carbon technologies, the application of digital technology or enabling new business models. He says, “The big thing for us there is standardising data output.”

He describes Ofgem’s drive to open up data as “exactly where we want to go,” but there is a long way to go to achieve it. “The reality is that all the network operators have a different way of managing data” and if they all refer to assets differently it will hamper data use. “We don’t want to have standards where they are not needed but in some cases there is a real gap . Digitalisation is one area where I think standards can play a big role.” He notes that, “There is a common information model for datasets that is used by the DNOs, but the gas operators don’t do that. We are looking at that and what are the early standardisation exercises we can carry out.”  BSI is pitching for  NIA funding to take that work forward.

The danger, I suggest, is that writing standards may be a slow process and one that allows incumbents to retain control of data in the interim. Van Dort says “We have recognised that speed is of the essence here and so is flexibility. We have a new standard format called BSI Flex.”

He explains that existing standards, whether international, European or British, or as a so-called  publicly available specification (PAS) take at least 12 months to produce.

“We recognise, particularly in a nascent area, the need for standardisation flexibility. The standard has to iterate a lot more.  What the Flex does is take about eight weeks to capture a consensus and then you ‘park’ that and iterate from there. It provides much faster outputs and much faster standards, even compared to PAS which is much faster than other processes.”

I compare it to software development that now tends to proceed in ‘sprints’ and he says, “Yes this process leans quite heavily on that ‘agile’ approach and it’s a recognition that the way we produce and use standards will change fairly rapidly.”

The energy space is an early target for the approach because it is changing rapidly, and although energy companies are regulated tightly other new players like the price comparison sites are not. “A flex mechanism provides a good way to say ‘you can iterate around the consensus on this new and emerging area, and by the time you are able to make a ruling on whether to regulate, and you have enough information, there are a number of routes you can take.”

“A vulnerable customer is a vulnerable customer and they probably shouldn’t have a different experience, whether they deal with a telecoms or water or energy company. They are all trying to crack the same nut.” That suggests to me that new entrants could offer energy services based on standards for customer service that apply elsewhere in the economy, reducing barriers to enter the industry.

It is technical standards that most quickly come to mind, as digitalisation and smart energy appliances are rolled out.

BSI is working on interoperable ‘smart appliances’ – a definition that extends as far as electric vehicle charge points. One new standard will set requirements for them to interact autonomously with the grid to create flexibility, with a framework for demand side response. It is an example of setting standards across sectors: Van Dort says it applies to several categories of hardware that can provide response.  PAS 1878:2021, Energy smart appliances – Classification – Specification, due to publish in April, was sponsored BEIS  and the Office for Low Emission Vehicles and it covers  five types of appliances: cold appliances, wet appliances, battery storage, EV smart chargepoints and HVAC (see bottom). It will enable standardised control of energy smart appliances to manage and respond to netwrok loads.

One new standard will set requirements for appliances to interact autonomously with the grid to create flexibility, with a framework for demand side response.

He stresses that unlike in international standards  “we do have a public consultation,” which comes after meetings of expert steering groups and response from a very wide variety of stakeholder groups including academia, consumer groups, industry experts and central and local governments.

When I ask about the choice between regulation and standards he suggests the latter can be faster. For energy regulator Ofgem, “It’s a completely moving feast – what about heat networks, what about hydrogen – some of these things they don’t even know how to regulate.” But he believes standards “Can capture it now and they can be more iterative compared to regulation.”

What about heat networks? What about hydrogen? Some of these things they don’t even know how to regulate.

He is making that assertion in a political climate where removing regulations is the watchword. Van Dort thinks that with a variety of potential ‘initiators’ who can ask for a standard,  including industry and government, they should be seen as useful. “We always do our due diligence and make sure there is actually a need for a standard and we are not duplicating standards or couldn’t just add to or upgrade an existing standard.” For him they will be an enabler: “I have seen the ten point plan and it is very clear what it wants to achieve. I am looking to see where standards play an enabling role…  for example for hydrogen appliances.”

For Van Dort, using standards can be “enabling and accelerating” in many roles.

Some might be about assurance. His example is the debate over how effective offsetting is in tacking carbon emissions, where “If you have a standard it can be relied on.”

Another reason is consistency: “From different parts of government we have been asked questions about how you quantify the carbon intensity and avoided emissions of hydrogen, of flexibility, and of innovation projects that different areas [of government] are funding”. He says at the moment there are a lot of consultancy firms who will make claims about those measures “and they often want to go with the best case scenario”.

Others options are about process, for example in RIIO2 network price controls: “Ofgem returned some of those business plans and said they did not have enough rigour. Companies can take a different approach on cybersecurity or digitalisation, but if they can say they met a standard the regulator can have confidence.”

Some might even be about legitimacy  and  BSI is responding to current debates on companies – especially utilities – with a ‘public purpose’:  “We are looking at a purpose-driven standard to provide more meat behind company slogans,” he says, and “For organisations committing to Net Zero – what does that mean? A number of organisations have said they want to get some standards on that.”

For organisations committing to Net Zero – what does that mean? A number of organisations have said they want to get some standards on that

Finally he wants to use the consensus-driven process in whole-systems energy planning. “Local energy plans will be very interesting. They need standards not just to get buy-in from customers,” he says but because local networks have to be consistent with each other and National Grid. He thinks common standards will help develop place-based solutions that have both interoperability and the scale that will bring costs down.