Ofgem has warned that it will take enforcement action over suppliers who do not follow price protection rules, after it agreed redress totalling £10.7M with 18 suppliers who failed to meet required standard. They failed to meet rules which should protect customers’ tariff prices when they decide to either switch suppliers or tariffs after a price increase. Ovo Energy had the largest redress to pay, followed by Scottish Power, Shell (previously First Energy) and British Gas (see table below).

In total, over 1 million customers were overcharged over £7.2 million with detriment of up to hundreds of pounds for some of those customers. Although the reasons for non-compliance were varied, most suppliers had not put adequate arrangements in place to make sure the protections were applied in full. 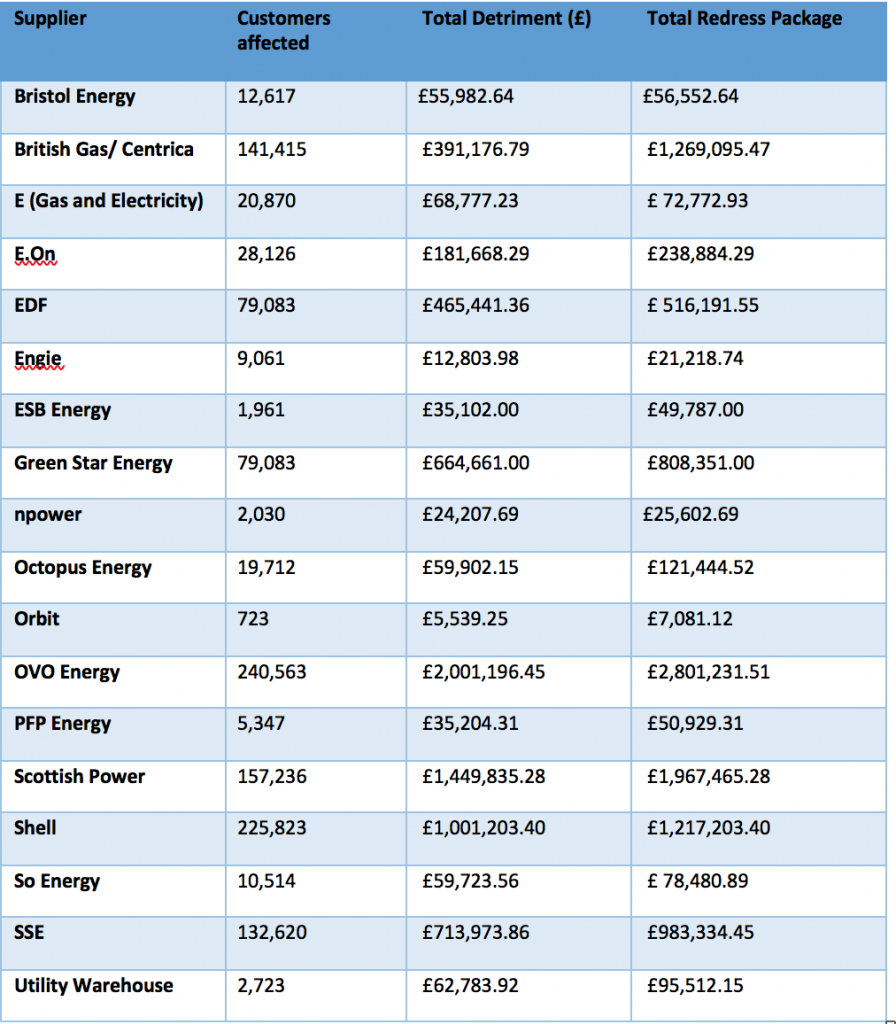 Ofgem said the groups of customers most affected were:

Customers on a Standard Variable Tariff who switched to another supplier but did not have their variable tariff price protected during the switch.

Ofgem added: “Each of the 18 suppliers provided initial redress packages in line with their own goodwill policies.

In some cases these packages were generous and further compliance engagement was not necessary. Where there was repeated non-compliance or other serious conduct (e.g. when overall detriment was very high), we worked with suppliers to secure higher packages of redress for consumers.”