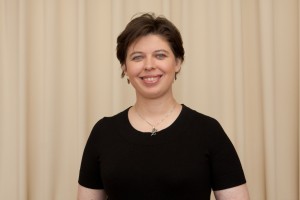 The UK has been a leader in global and European offshore wind developments. In its 2020 Energy White Paper, the British government announced a 40GW target (including 1GW of floating offshore wind) by 2030, which reflects the UK government’s ambitious climate change target to reduce emissions by 78% by 2035 compared to 1990 levels. Such massive development of offshore energy sources requires rethinking the offshore wind grid delivery models in the direction of a coordinated and holistic development of meshed offshore grids, rather than relying on radial developer-led connections, as practised so far.

Discussion on the shape of offshore grids started as early as 2014, when the European Commission analysed the benefits of the meshed offshore grid for the North Sea, including the UK project pipeline. The study argued that a meshed grid is a more complex solution, but that it brings several additional benefits, including:

Milestone studies for the European Commission, EirGrid, RTE and some of the key stakeholders in the UK provide a thorough overview of existing and developing offshore market models globally. Each of the models has evolved, taking into consideration a broader national context. However, there are certain joint features for developer-led and centralised  models.

Developer-led models may be more complex and cost more

The traditional UK developer-led model may offer better risk management for developers and shorter lead times for offshore wind project development. However, this may happen at the expense of the overall societal, environmental, and energy system cost. This model often brings a higher procedural complexity, with many stakeholders engaged.

Taiwan is an example of the substantial number of public authorities engaged in the process. A large number of stakeholders may lead to less transparency, longer lead times (related to extended permitting timelines and the need to co-ordinate the permitting process among many players), and an increase in the overall system cost of offshore energy systems.

In terms of societal and environmental impact, the developer-led model leads to an increased number of landing points (a point of concern for coastal communities in the UK), a higher use of resources (i.e. cabling) and a less co-ordinated power system, which requires more conventional balancing capacity and potentially more curtailment of renewables.

Compared to centralised systems, developers  operating in developer-led models are more likely to invest in mature technologies rather than innovative ones, to ensure a fast and stable return on investment.

Centralised models may be less risky

Well-established centralised models may be seen as less risky in a stable investment environment, so they may attract a variety of financial players. By being less risky, they may also allow for more innovation. However, the Dutch experience with auction criteria stimulating innovation shows that truly innovative technology solutions can be driven only if the government stimulates the innovation with a deliberate action.

Centralised models seem to limit the level of risk that can be managed by the developers themselves. Furthermore, centralised systems may enjoy a lower procedural complexity and more process transparency, which is the desired environment for smooth project development. This leads to a lower cost of energy generation. The current Dutch system with an operating one-stop-shop is a good example.

Centralised systems may lead to a lower system cost for grid development and better coordination of system integration. According to a National Grid study, a more integrated, meshed approach has the potential to save approximately £6 billion (18%) in capital and operating expenditures between now and 2050. However, all of the benefits may be obtained at the expense of the project development lead time, which is extended because all the system development elements must be considered.

Centralised approaches can be beneficial — if applied rationally

A more centralised approach can bring significant environmental and societal benefits, as the number of onshore and offshore assets, cables, and onshore landing points could be reduced by around 50%, according to National Grid.

The sea’s energy is becoming a critical element of new, sustainable energy systems — in the UK, in other European countries, and in other markets such as the US East Coast. The foundations of new offshore energy system design are being created now and will influence the shape of the new power system for the rest of the century.

The UK government’s decision to take a more centralised approach will allow for better integration of offshore energy assets into the UK energy system. The experience of other countries like Denmark, which experimented with shifting from a centralised system to a more developer-led one, may bring further insights to the UK in the months to come when the system foundations have been already developed and agreed.

← Mast reports on projects in a reserve power pipeline aiming to total 300MW
Siemens Gamesa to invest £42M in commercialising flow batteries with Invinity, takes option on a stake in the company →