INTERVIEW: Can Rebel Energy offer something new to energy customers?

Are new energy companies offering something new to customers? Rebel Energy won over 700 investors in a crowdfinding round with that offer. Janet Wood spoke to its chief executive, Dan Bates and its chief commercial officer, Penelope Hope

Rebel Energy raised more than £500,000 from nearly 700 small investors this year in a Crowdcube fundraising with a promise be ‘the best energy supplier’.
When I meet founders Penelope Hope and Dan Bates, I ask how it will differ from what is already available.
Penelope Hope says, “It’s an energy supplier with a social mission”. She explains, “A lot of people are aware of environmental issues so they go for a renewable energy supplier, but very few people are aware of some of the injustices in the energy market, for example some people experiencing fuel poverty and on prepayment meters who are paying more by virtue of that method of payment. Or people who won’t have access to this new transition toward renewable energy…
“We want to shine a light on that and ensure that those people can come on that journey as well. It is adding that social element as well as the environmental one”.
I assume the company will be supplying 100% renewable power but Dan Bates says, “At the size we are it won’t be fully renewable, it will be backed by REGOs [green certificates] and that is the greenwashing debate.” The company is buying from a wholesaler whose portfolio is long in renewable generation and “Our intention is that once we get to a critical mass of 10k customers to start entering into power purchase agreements. Our plan is to offer our customers traceability – to say that electron you are using can be traced back to a wind farm on Dogger Bank or a solar farm outside Bristol.”
The company will have to offer a gas product alongside – “otherwise would lose 75% of the market,” and green gas is too scarce and the price is prohibitive, so instead, “we are looking to offset the environmental damage gas does” which will take in more than the carbon burden. 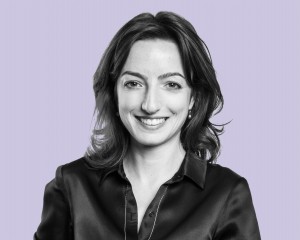 As with all new companies Rebel Energy has to enter market in a controlled way. The target for the first step is around 700 customers – very similar to the numbers who invested via Crowdcube, and Hope says, “We have a small pool of ‘friends and family’ customers, our new website will be going live and we will be able to accept pre-registrations for energy supply – people who can pilot-test the service. 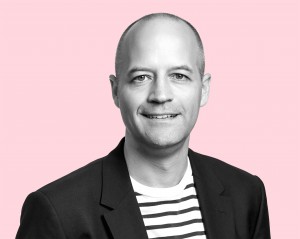 “We have a large private investor following who we would like to enlist and of course lots of friends in the industry who are keen to test the product.”
She says from there to the 10k customers could be just “a matter of months”. But I am keen to know more about the steps. Bates says, “We want to test our systems … iron out some of the issues and the creases we are finding with processes. The industry relies on lots of data moving backwards and forwards and it is not the smoothest or the best [processes]. We are working through those issues. We want to do a minimum of two billing cycles.”

Better processes are key
I ask how the company has addressed those poor data processes and Bates describes its approach as a key part of the company’s offering: “It is industry-standard data with lots of hand-offs for various systems and players, very event driven. We have taken a real step back to look at that and think where we can make improvements.
“We are using core systems from ESG [formerly Utiligroup] for operations and then looked at how we could improve those data flows. We have mapped out a 60-70 page document of all our process flows and we are going through, automating where we see there is hand-off between systems. If we can get speed of execution, that is really going to benefit us [when the company starts to scale up]”.
He says, “Usually for every thousand customers you need one operations staff, but we think that with the automation we can improve that by two or three times – which for us frees up resources to do the social mission piece.”
I ask for examples and he mentions meter reads. “A good example of automation is that you take a picture of the meter read and it automates it and pulls up that data. Then the question is how you pull up that data and put it into your systems. People working with us are quite experienced …they say it is very people-intensive, so we are looking at what we can automate. The risk is that the quality of data can be patchy … it should be ripe for the benefits of next-generation automation, which we are looking at and we are in that build at the moment.”
That example sounds like the problem smart meters are expected to solve. Bates admits that a lot of business models based on smart meters and have “gone to the wall because they planned a low cost base”. He says, “I see us as the first industry entrant that can really get the benefit from smart meters … [they] will help us with operations and with automation, meter reads and lots more but then the question is how to build on that to help benefit customers.”

Social mission
I want to know more about the company’s social mission and Hope says improved processes “Really feed in to us being able to give a better service to our vulnerable customers.” She says, “Manual data entry is clogging up the time of call handlers. There will be a lot of people who want to self serve … if we can automate that it frees up staff to deal with vulnerable customers.”
She adds, “We are looking at partnerships. With the data we have, the energy industry is in quite a good position to identify the signs of vulnerability, eg energy use below average that suggests people are self-rationing, or if they don’t pay”. She says, “direct debits build up and people are left with a big debt that isn’t good for anyone. How can you use automation to identify people who might need additional help and support and provide them with additional tools? We aren’t a charity, we are here to make money, because if we can’t do that we can’t help, but how can we work for example with debt charities? We see ourselves as enabling that.”
I suggest that existing companies would say they do that already. Hope cites examples where they have failed and says, “Vulnerability packages might be buried in the small print,” and applications for social products are onerous, and require such a full picture of customers’ financial position that they need the help of a debt adviser.
She says that a careful choice of proxies, like disability benefit or universal credit can get people into a process quickly where they are getting the right kind of help. The company will use social enterprise called Income Max to help people access all the benefits they are due.
In addition, a different approach to credit checking “Will really help to identify risk of default earlier which will give us more time to help that customer”. That involves credit check company TransUnion, which Hope says is “next generation dynamic checking”. Whereas a traditional credit check has a “snapshot” credit score, Transunion looks at credit changes over the last months and projects it forwards. “What they have shown outside energy is that it has increased the number of credit approvals. In the energy industry we are obliged to offer energy to everyone, but it helps us understand, where people might have been turned down for credit”. She says that may mean people who have been on prepayment – which is more expensive – could be offered credit.
Existing companies also have policies to address fuel poverty, so I want to know more about how Rebel Energy differs from them. The company plans to sign up to the Warm Homes Discount scheme, although it is not required for a startup, because “we think it’s the right thing to do. To begin with it’s the core groups like pensioners. Once we get over 150,000 customers we can offer it to other groups too.”
But Rebel Energy is also looking at a new tariff offer: “We are exploring a fixed bill every month. That’s interesting because we have to take the view that people will be rationing their energy usage … If we put people on a fixed bill we would hope they would stop rationing use, so their consumption would go up in the short term. I’m not sure this has been modelled before in the energy sector: what does that derationing graph look like and how do we model it into our pricing?” That will rely on the granular data from smart meters and is an exciting proposition because it removes anxiety, she says.
Another option is weekly payment, “which is important for low income workers who have an irregular income. We have an agreement in place which allows us to do that at no extra cost.”
Hope says, “Those options are important because they say that we aren’t going to participate in the poverty premium,” and Bates adds, “We want to build up peoples’ financial resilience – if they are on weekly DD and then move up to fortnightly and then monthly it is because they have improved their resilience and it also allows them to access other goods and services on much more favourable terms.”
I suggest that a lot of new companies have been and gone in the energy sector recently. Does that concern the pair?
Bates refers to Robin Hood Energy and Bristol Energy, and he says it “Goes back to the automation, being nimble in operational processes and [having] a lower cost to serve.
‘We have seen there has been mixed success. I think they have shown the art of the possible.’