Responding to the government’s Hydrogen Strategy, launched in August, temporary utilities equipment specialist Aggreko highlighted its investment in hydrogen-for-power options, including hydrogen gensets and a hydrogen cell integrated with battery storage. Janet Wood spoke to Carsten Reincke-Collon, Aggreko’s director of future technologies, about the practicalities of moving to hydrogen and potential pathways to deployment 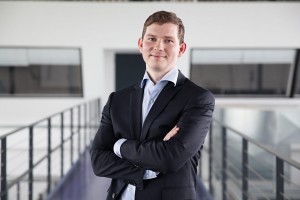 In the debate over whether to use so-called ‘blue’ hydrogen, whose carbon emissions are minimised because the gas feedstock is combined with carbon capture and storage (CCS), Aggreko’s director of future technologies, Carsten Reincke-Collon, is firmly on the side of those who want to jump straight to ‘green’. That refers to hydrogen produced using renewable electricity for electrolysis of water. Reincke-Collon admits that “It’s very early days in terms of availability,” but he says, “in our view the target is to use green hydrogen”.

It is not a theoretical question for Aggreko, which supplies power services on a temporary basis. Originally, that business was based on diesel gensets, but for many years the company has been expanding its customer offering. For example, Aggreko often combines generation with battery storage. Reincke-Collon says the company uses batteries for flexibility, not for supply. “If you’re a small generator providing baseload energy than the battery allows you to vary the load”. He explains that it helps decouple load from generation, which is helpful both on the demand side, covering variable use, and on the supply side, where “it is probably advisable to run them as a hybrid because you don’t want to end up running the engine at low efficiency points, because the fuel is so expensive.”

Now Aggreko is investing in developing hydrogen fuelled generating units. In June this year it announced a trial of the company’s first hydrogen power generation unit at Moerdijk, Netherlands, and it plans to have ten 50kVA hydrogen combustion gensets ready for customer installations in Europe by the end of this year. As well as these trials, the company wants to integrate fuel cell technology with battery storage to form a 45 kVA hybrid solution.

Aggreko reports in carbon emissions from its installations, but as ‘scope 3’, because often its customers operate the equipment, and “Sometimes today a lot of our customers buy the diesel themselves because of course it’s a commodity,” says Reincke-Collon. But no matter where the emissions lie, in the end, says Reincke-Collon, “We have to decarbonise our business”.

As a supplier of temporary power assets Aggreko cannot rely on customers having access to green, blue or even ‘conventional’ hydrogen (produced from fossil fuel without CCS and available in small quantities today as a consequence of its use in industries such as fertiliser production). So Reincke-Collon says that for hydrogen – and any other alternative fuel – “we see ourselves having to bring our partners along and we have to build these partnerships.”

Getting hydrogen to site

If it wants to offer hydrogen-fuelled power, Aggreko will have to provide the hydrogen as a part of the package, at least at this stage. So Reincke-Collon has to look at the hydrogen challenges. Two challenges are fairly basic: storing it and moving it around.
Hydrogen production may grow in both large, centralised sites – most likely for ‘blue’ hydrogen – and small, local ones that may make use of electrolysis.

But it is likely that in the next few years, hydrogen will be trucked to some users – at least one planned ‘Hydrogen Hub’ includes a transfer station. Reincke-Collon says that is familiar technology from industrial hydrogen uses, where it is compressed and then transported in a standard 14m ‘tube’ trailer.

Is it feasible for Aggreko’s customers? Reincke-Collon says that, “We’re trying to see what’s practical.” If hydrogen trailers were used for gas engines, how often would they have to be replaced, and how much space is required? And how does that compare with existing options, which are often diesel? Reincke-Collon says a tube trailer stores up to 350kg of hydrogen, which in use compares to about 1,200 litres of diesel. So supply for a diesel option is “a fraction of the size of the tube trailer and a fraction of the cost and that’s because hydrogen in its compressed form just doesn’t have the energy density. That’s one of the challenges for us in our industry of using hydrogen as a direct fuel.” It’s a big barrier to using hydrogen instead of diesel.

Hydrogen can be moved in in liquid form, which offers more energy density but it is significantly more expensive. “Obviously there is research on other ways to store hydrogen, eg metal hydride, but the physics is in the way of it,” says Reincke-Collon. As a result, “It’s hard to see hydrogen as a fuel taking off for larger applications that are energy intense.”
That suggests the industry will have to move very quickly to more bulk supply, but Reincke-Collon says, “We think the best thing we can do is to build a bit of demand and understand from customers how they can regularly use it. If they have space, and the energy demand is not that high, they will probably see it [in use] first.”

Power options
To turn the hydrogen into power for the user, “We looked at the different options and most people think about fuel cells for hydrogen, because there is no combustion so you don’t have any problems about NOx” [which affects local air quality], says Reincke-Collon. But fuel cells are still very expensive and “they are a bit further away from our technical capability”. In contrast, “combustion of hydrogen in a gas engine is something we are quite familiar with and so are our customers, so it’s a bit easier for us to do these trials”. He stresses, “We are not saying we are only going to do this route, but it’s a more economic way, it’s cheaper than fuel cells and it achieves almost as good results in terms of emissions.”

He add, “The only question is NOx.” Using hydrogen gensets in place of gas means accepting some inefficiency. Aggreko’s tests suggest that the output of a hydrogen engine when optimised for lowest NOx emissions is about 40% less than its gas equivalent. That can be improved by making changes in combustion – but the side effect is more NOx emissions, which are damaging to air quality or require exhaust aftertreatment.
That makes it hard for hydrogen engines to compete with diesel engines run with biofuel. “If you worried about local emissions you might use biofuel and run diesel engines and we will tend to look at that rather than hydrogen engines. It is a more mature technology,” says Reincke-Collon.

Among other influences on technology choice I suggest that gas engines are more forgiving than fuel cells when it comes to the purity of the hydrogen fuel. He agrees, and says, “The target for us is something robust, so we wouldn’t necessarily want to adopt technology that needs extremely pure hydrogen. … if you start with the highest purity you limit your applications.”

But green hydrogen tends to be higher purity than blue hydrogen, so it is possible to envisage situations that combine a ready supply of local renewables, electrolysis, fuel cells and on site demand.

Decisionmaking
As that combination suggests, one barrier to deploying new solutions is complexity, especially where fuel supply is complex. Balancing carbon emissions, air quality, fuel supply and price may be too much for customers who simply need a temporary power supply. Are they willing and able to look beyond familiar options?

Reincke-Collon says, “What we hear from our customer-facing colleagues is that there is definitely a high level of interest. But you have to limit the complexity. You can’t expect the customer to understand all of that. We have to come with a solution and say ‘this is what it will cost’ and ‘this is what the emissions are doing’. It is very much part of the conversation today.” He adds, “It can be more expensive, and sometimes the challenge is that the combustion engine is an easy way of bringing everything together. It’s very challenging to beat unless you have some incentive.” Nevertheless “we are trying to improve our capability and make it a standard option we can offer.”

Aggreko’s mini fleet of hydrogen gensets is the next step in developing partnerships. The company will offer it to customers as a temporary power solution so the company can understand best practice and help shape permitting standards – just one area, Reincke-Collon says, that is “not really there yet for temporary hydrogen deployment.” For example, what are the kilogramme limits for hydrogen that can be stored on site before you need a blast wall? These vary, he says. “There is a lot of learning for everyone involved in establishing best practice. So we need to get the capability, work with customers and see if we can scale it up”.

Following on from gensets. The company plans a similar approach for fuel cells. Reincke-Collon says, “because the costs are higher we have to find customers who like hydrogen, but the combustion bit of it makes them uncomfortable. Then if we can build enough traction around the conversation perhaps we can invest.”

Aggreko wants to use green hydrogen, but the third aspect of the hydrogen supply industry mentioned by Reincke-Collon is the availability of green hydrogen as a commodity. He says, “It’s part of the journey to see how customers prioritise the different aspects of the hydrogen fuel solution.” For some, local air quality may be most important – that could raise questions, for example, about managing NOx emissions, from a hydrogen engine. But increasing the question that will come up, he says, is: what’s the carbon footprint?
Some say that the ‘blue’ hydrogen option is important in building demand, – not least the UK government, which took this position in its Hydrogen Strategy. Whether that is true, Reincke-Collon says, “will depend on the customer end and what they accept.” At the moment, “It’s a bit exploratory in terms of understanding the customer. But I don’t think the luxury of saying no to blue hydrogen exists.”