INTERVIEW: Peter Bance, Origami Energy, says an Internet of Energy can be more efficient and innovative 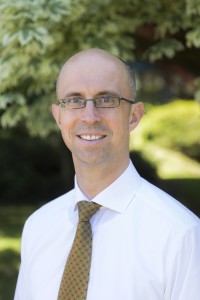 Origami Energy will use £20 million in new funding raised last year to “build a bigger software product”, according to its chief executive Peter Bance. He says that focus came after some soul searching about whether to be an energy trader on its own account or an asset manager. Instead, he compares his ‘software as a service’ model to investing in picks and shovels during a gold rush and renting them to miners.
The miners, in this analogy, are new entrants to the energy industry, and “Very few of them want to do complicated software development”. They represent a wider and wider variety of business models. Whereas in the past they might split between asset-centric or market-centric, he says, “Now you get every shade between investing, owning and operate, managing and trading”.
Origami works with both new and incumbent companies, he says. The difference is that the incumbents operate on timescale that is “At least one or two orders of magnitude [slower]”.
He explains, “Young ambitious new entrants want to get stuff done today and are more aware of their own strengths and weaknesses. They realise they need partners, for example on data science. Some giant incumbents think that because they have lots of people they can do that [specialist work].” That’s the wrong answer, he thinks. For a large incumbent, “The software department probably grew up 20 years ago and their thinking is about solving a static problem not a dynamic one.”
He explains, “The modern reality in this post-subsidy very volatile merchant-risk world is more like data streaming services and real-time data – not some static problem you can give to an analyst so they can think about it for three or four months … Solutions like ours are designed to help companies make decisions within the minute or the hour.” He says incumbents typically “work on much longer timescales for decision-making than the real-time data stream that we are specialising in”.
A lot of new parties, using a lot of new types of assets, sounds like it could need a lot of resources for interfacing. But Bance says “you can completely standardise it and make it a completely universal layer, which we don’t customise for anyone,” although it does have the option of a bespoke systems integrator for last mile integration. “We get good at delivering the appropriate configuration of the bricks, not new bricks,” he says.
Does that hold for energy system legacy information that came in very different form? The company cannot handle “scanning paper to create a pdf and calling it digital” but he says data is bypassing that phase. There are new specialist tech companies looking at specific aspects of the environment and “genuinely digitising it properly. We are designing interfaces to those.”
He talks about rapidly growing platforms that specialise in reading the output data from Scada systems at solar farms, batteries and wind farms. “They are just hoovering up hundreds or thousands of sites, reading the output generation data and looking at exactly what outputs [they are] producing every second … real-time data being sucked up into a common pipe. Without that activity the overall energy transition would stall … We need to interface with an API and another technology platform that has done its homework. That is what we are doing now, so a lot of our recent contracts rely on us tapping into someone else’s stream of data.”
He says this is down to new companies because it needs a different mindset. “If your whole DNA is about a static situation, even the way you handle data or information is thinking about it as a static problem. You collect information, give it to an analyst team somewhere and they … build some models and come up with a conclusion. That whole workflow and way of doing business is totally incompatible with managing intermittent renewables or dispatching batteries, or managing trading risk.”

Open network data
That seems true in trading energy but what about data that seems static, like network companies working to build digital twins of their systems? That won’t be wasted, he says, but networks “may need to think again about what their role is in the ecosystem. One of the best things DNOs/DSOs could do – in an open way – is deploy enough tech in the form of sensors or meters to provide the outside world – commercial actors – with a geospatially resolved real-time map of loads and flows.”

“In a map that is geographically or topographically correct, each node probably links to a node in the network, too.” If networks “Plaster the network with telemetry, measure it accurately and present it in a convenient easily readable way,” new entrants will use it. He says, “Don’t try to build any applications on top of it because commercial actors like us will go to town on it.”
I ask about whether domestic smart meters can help provide that data but he says no. They are designed, “to avoid the need for someone to visit your house, not really to enable optimisation algorithms or commercial strategies to be run on the data streams”.
Smart meters can receive software updates and “That would be great, if at the grid edge there was proper embedded intelligence and real time data available,” but he is not sure that is possible.
I note that he has shifted the ‘grid edge’ to the domestic level and he says “Yes, it used to be that grid edge was the grid supply point and the historical black hole of the DNO. Now it is at or even behind the meter.” With new assets being deployed in domestic or business properties, like solar or batteries or electrification of comfort, “you can start talking about hyperlocal markets and business models.”
I ask whether that the smart meter limitations he mentions could present a barrier to these local markets but he suggests they will be bypassed. “If you look at the amount of sensing and microchips and software that is loaded onto cars or heat pumps, some of the assets behind the meter are powerful in terms of data collection. They have [energy] loads that justify being ‘teched up to the eyeballs’ in a way that smart meters never would be as a gateway. You could end up with a lot of the intelligence behind the meter because the high value assets easily justify the tech investment, where maybe the gateway doesn’t .”

“In industrial and commercial customers we are talking directly through that meter point to the underlying assets, so the meter is sometimes just an irrelevance.”

Already, he says, “In industrial and commercial customers we are talking directly through that meter point to the underlying assets, so the meter is sometimes just an irrelevance.”
BEIS should take notice as it looks at options for market design: “because of the sheer weight of capital in those things they are creating their own nodes of value whether you like it or not, so I think you may ned to retrofit some regulation that acknowledges the commercial reality.”

Dissolve the marketplace barriers
Talking about trading within and across many scales is very different to the traditional segregation of different parts of the power sector, such as behind or in front of the meter, or distribution and transmission. It also removes a distinction between networks and energy, Bance says.
“One of the best things is to recognise that balancing the system physically, and stabilising markets financially, is just interoperability between different pools of value, commercially speaking.” Local constraint management should be seamless with trading on exchanges for short term power or other system balancing services. The transmission/distribution interface dominates peoples’ thinking, but “a lot of the action will be in traded assets behind the meter. It ignores probably 90% of the actual questions about how you monetise flexibility, how you incentivise innovation, how you look at financial as well as physical actions – you can make them look identical, pull a physical lever or a fiscal level and the maths can make them look the same.”
He admits that “You can’t ignore the physical reality of energy systems,” but says, “Forget about hierarchy which was defined for accidental historical regions in terms of the market design. Pretend there is no hierarchy to the market design – just ask what makes commercial sense. Then you can ask about existing actors who might have their own regulatory settlements or licence conditions … instead of starting with the business models and then bodging markets to fit.” The best enabler? “The most valuable thing that could be done is an equivalent to the Internet’s universal ‘HTML’ language for energy,” he says.
I suggest that ‘universal’ would now take in other energy vectors, and he agrees, especially as regards storage, because “a lot of it will be on wheels [ie in electric vehicles]. A lot of the assets can shift according to price signals.” And he says, “A lot of the stuff that people think of as problems in the industry are actually the solutions. A physically mobile set of assets is a really interesting resource that can follow price signals.”

He says ongoing market changes are driving innovation: “As renewables are increasingly going to have to make their money subsidy-free and have increasingly non-firm connections they will have to manage genuine merchant risk. Being creative about how you fill in physical holes or financial holes will be critical.”