Harmony Energy Income Trust has five two-hour battery projects under construction. The managers believe the current uncertainty makes it an ideal time to bring agile storage into the market. 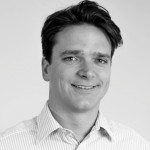 Max Slade (top left) and Paul Mason (bottom left) of Harmony Energy Income Trust (HEIT) have been working on monetising storage in the GB system for nearly ten years, developing revenue optimisation algorithms alongside project management. Now they say recent market volatility presents an opportunity for storage to start up on favourable terms.
Market-watchers have been talking about more volatility in power pricing for a long time as a consequence of having more renewables. In the last 12-18 months that has come through, and “The spread between within-day low and high power prices at the end of May was nearly double what it was a year ago. That is only partly due to high gas prices. In addition, there are more periods when renewables set the power price and drives it very very low”. 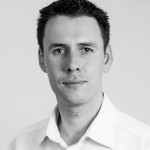 That spread “has taken a while for that to start showing through in the numbers,” but being able to use a large spread in wholesale markets, rather than relying on balancing or ancillary services markets, has been a game changer, they say. “You could lock in your revenue 24 hours ahead and know at what price you were buying and selling and know that was deliverable.”

Moving across markets
That does not mean battery operators will desert their current activity in the balancing services markets. These will remain important for batteries, because: “even in periods with low wholesale price volatility you can get high clearing prices in these markets”. On top of this, there remains the opportunity of participating in NGESO’s ‘last-minute’ balancing mechanism market (BM), which is driven partly by forecasting errors for renewables and the more renewables you have, the more forecast errors you have. NGESO is buying and selling power in the BM every single period of the day and they are often doing both at the same time.” The BM spread is “quite often more than you can get in the wholesale markets.”
That is a tempting prize. There problem was that batteries were seldom sure they would be called on in the BM. That uncertainty was initially due to NGESO’s limited ability to interact with smaller participants. “When the first batteries entered the BM they were offering prices that were on paper very attractive to NGESO, but they probably had a 25% chance that they would be accepted, even when they were offering attractive pricing. NGESO worked really hard to improve that and they got the percentage up much higher so there was a level of predictability, but the volumes that were being transacted were still small.”
With past wholesale spreads unfavourable and the BM uncertain, battery projects were better off entering the balancing service markets and taking revenues from frequency response contracts, they say. If, as some commentators are predicting, balancing service prices fall, batteries may move back to the BM and they are likely to see significant value, as NGESO is now better positioned to use battery storage.

“When the first batteries entered the BM they were offering prices that were on paper very attractive to NGESO, but they probably had a 25% chance that they would be accepted”

The duo note evidence of that evolution from one battery at Bloxworth that was persistently in the BM through 2019 and early 2020. Data from that project during that time revealed that “it went from 25% up to around 70% probability of acceptance for a good offer”. They think that the improvement was partly about NGESO’s software, partly about the human process in its control room and partly having more batteries to call on.

More to do
There is more to do to use batteries most efficiently. At the moment, Slade and Mason believe NGESO creates ‘headroom’ early by asking gas turbines to turn down their operation and “That has systematically removed a lot of the downwards need for real-time flexible assets. We found that NGESO was much more likely to accept an offer – asking a battery to generate power – than it was to accept a bid [to consume power]”. That presents a problem for short-duration batteries, who are managing their state of charge. If they cannot rely on being asked to absorb power for system purposes, as well as generate at other times, they have to pay to charge back up, which may mean buying power in the wholesale market (incidentally eroding the spread).
They say, “If NGESO had several hundred MW of batteries they wouldn’t need to pre-contract all that headroom.” NGESO is trialling a new balancing service product to address this and “it will be interesting to see where that lands and whether we get something more formal”.

Investment case changing
Slade and Mason say the market evolution has changed the investment case calculation, both because of the changing products available and the growing pool of market data.
“Fast Frequency Reserve (FFR) was a two year contract you could bid six months in advance and if you were lucky with your timing you could bid for an FFR contract, win it, and then build the battery before you had to start delivering.” Now balancing service markets have been reformed and contracts are both near-term and shorter. That has been reflected as other products – voltage, inertia etc or just frequency support – have been launched.
The shorter delivery and bidding time has helped batteries stack revenues. “You could buy power wholesale [for] the morning, sell it [for] the evening and in between you could perform dynamic containment because the power volume you were using in the interim period was so small you could still complete the trades you had in place.”
Along with more markets and more liquidity comes more data. In the past, there was little granular data and that made looking for funding from banks for battery projects – typically upwards of £20 million – was impossible. Operating data is now available and that means there is “a real headwind in the buildout of the storage sector”. Now “balancing service pricing is set at a level where people can afford to take those risks more because they think they will make their money back in 8-10 years or less.”

Building out
That all improves the market for batteries – and so, at the moment, do the high gas prices that have widened wholesale market spreads. Are these the favourable wholesale market conditions set to continue?
The pair say in regard to fallout from Russia’s invasion: “The gas price will come down and it will stabilise but it will probably stabilise at a higher point than it would before Europe decided it was going to reduce reliance on Russian gas. If you can get stuff built quickly you can enjoy some of those higher revenues but you are not reliant on that to make the business case work. If you can take advantage of market conditions then great, but it stacks up without that.”
The window opened by the spiking gas price “has helped to demonstrate the value. There will always be events that cause these spikes and it is the flexible assets that take advantage of that. The particulars of what we are seeing here is that it is quite a prolonged event that will take a while to settle down. It demonstrates the value of this type of asset and helps us get more on line for what we will need for the future.”
Unfortunately the window that will benefit battery storage is unlikely to benefit other forms of storage such as pumped hydro, they say, because their build time is too long. In contrast, “What is really helpful with batteries is how flexible and fast-reacting they are so they can adapt quickly to market trends as NGESO or whoever creates. It can jump from revenue stream to revenue stream and learn on the go what are the best operating strategies and that changes over the seasons and sometimes more frequently.”
Other parts of the battery system are also evolving. “Five years ago if you said you wanted to trade a battery you would get the answer that your warranty will last for ten years if you are lucky. You are now at 20 years.” The growing data pool also allows the commercial side to be more active and less cautious.

Real examples
Mason and Slade first worked with Harmony Energy in 2016, by which time Harmony Energy had spent two years building up a pipeline of grid connections, planning rights and land options, initially in onshore wind but now focused on batteries. The collaboration was solidified in marketing HEIT’s IPO. Now Harmony Energy is essentially the supplier of a pipeline of projects to the investment trust. HEIT has five battery projects under construction – Pillswood in West Yorkshire, Broadditch in Kent, Farnham in Surrey, Rusholme at Drax in North Yorkshire and Little Raith in Fife.
HEIT has contracted with Tesla to supply all the batteries and procure all the construction for its projects – and to optimise all the revenue using Tesla’s Autobidder technology. Autobidder is not dissimilar to other software, they say, making decisions on which markets Harmony enters on a daily basis, how to switch between them within day and how the bids ae set. But “the big advantage of having it done through Tesla is they are incentivised to perform on the commercial side, but they are also guaranteeing the degradation profile and performance qualities. Normally you have to spend quite a lot of time contractually ensuring that the optimisation partner is not incentivised to cycle the battery too hard.” It addition, it means there is real-time data on real degradation impacts feeding through to the decisionmaking.
Harmony has focused on two-hour batteries because they think that is the “sweet spot. Base case maximum would probably be one hour but if you assume balancing services pricing will fall and you will be trading in the BM and wholesale markets, the two-hour is much better. Flip that and when the markets go crazy it is two hours that does best, because it can store more.”