Mary Quaney, chief executive at Mainstream Renewable Power, says it is time for a pause in offshore wind’s dive down the cost curve to allow the supply chain to tool-up for faster deployment. Governments can speed deployment by reducing the cost and time needed for permitting 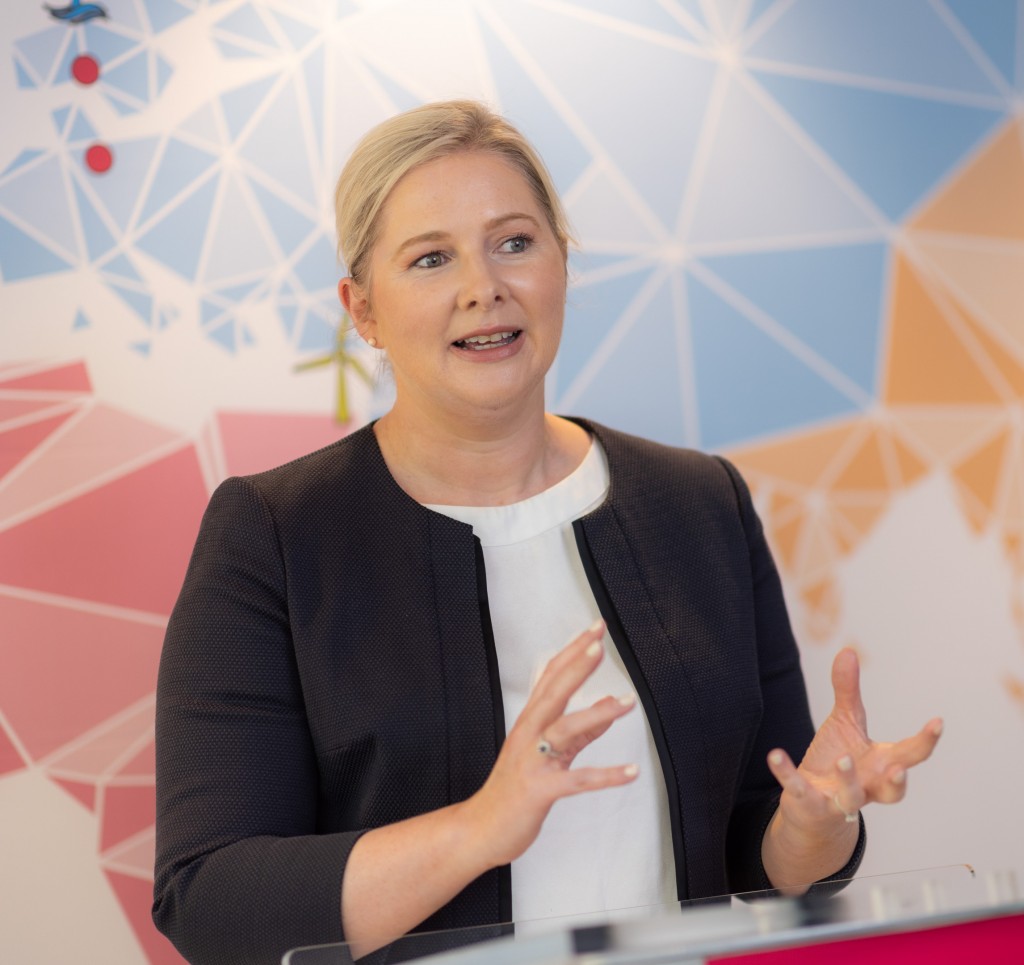 Reverse auctions for Contracts for Difference have driven per MWh prices down too far to maintain stability in the supply chain for offshore wind, says Mary Quaney, chief executive of Mainstream Renewable Power (Mainstream RP), while auctions for seabed leases present developers with large upfront costs. There has to be a rebalancing to allow the industry’s supply chain to regain stability and invest in expansion.
Quaney has been at the helm of Mainstream RP since late 2020, after a stint as the Irish company’s chief financial officer and she says the possibility of rapidly driving down the cost curve was one of the things that excited her about the industry. That has been borne out by the experience of offshore wind.
She says, “I have been in this industry since 2009 and back then the challenge for renewable energy was to bring the costs down so that the sector would be cost competitive with fossil power”. With no fuel costs and low operation costs, for renewables “the real cost is in the capital expenditure and the development side”.
With technical development driving up the size of turbines offshore wind has moved down the cost curve very rapidly. However, she says in the last couple of years “it has reached an unsustainable level and that needs to be addressed”. She says it is time to level-off prices so the supply chain – particularly wind turbine makers who are losing money – can focus on the industrialisation and commercialisation of those machines at scale and on increasing manufacturing facilities and capacity.
“We have a very strong European industry in terms of turbine manufacturers, but they are severely loss-making at the moment. And this is the industry that we need to be investing in additional capacity to meet the deployment levels that we need.” Given current financial pressures “there is certainly a risk that manufacturing capacity will decrease as opposed to increasing. The level at which the turbine manufacturers are loss-making at the moment is not sustainable … and this is exacerbated by supply chain, shipping constraints, and costs, very high steel pricing, all those factors are putting pressure on what has already been a strained sector.”

While power prices achieved are falling, developers are also paying significant amounts for leases on the seabed. “Ultimately it is putting more pressure on the supply chain and more pressure on the cost of electricity to the consumer. And it is also slowing down the scale and pace of development and of investment.”
Renewables would still be cost-competitive if the cost pressure was eased, she says: “If you look at the cost of energy and at the price we are paying now – for not having renewable energy on the grid and for being extremely dependent on gas imports – all the economics are there”.
The health of the supply chain is “absolutely core to the development and to bringing projects through the development cycle and into construction,” and create the jobs and industries that that will be required. She recalls Mainstream RP’s work with turbine manufacturer Siemens on Hornsea. By opening up the development cycle to the turbine supplier, “it enabled Siemens to start building its investment case towards the blade manufacturing facility in Hull and the whole ecosystem of construction that grew up around that.”
Some suggest governments who impose ‘localisation’ requirements on supply chains for offshore wind are making it hard for the supply chain to build scale. But for Quaney that has limited effect. At the largest scale “I think it would not make sense for every country to have a very large-scale manufacturing facility In terms of the efficiency of the development cycle at the delivery of the equipment through the construction cycle and getting projects into operation. .. but there is an enormous potential for the supply chain to be independent of where those very large manufacturing facilities are.”

Deeper pockets
Quaney’s ambition is for Mainstream RP to be an ‘energy major’ on a scale of fossil fuel majors like Shell and BP and invest faster in wind and solar. Since taking the helm at the company she has overseen its transformation.
Norway’s Aker Horizon paid around €1 billion for 75% of the company in January 2021. The deal was quickly followed by an IPO for its new parent and a big expansion for Mainstream, when it absorbed its Aker Horizon’s offshore wind company Aker Offshore. April saw Mitsui invest €575 million in a 27.5% stake in the company, valuing it at €2.1 billion. An IPO is said to be on the horizon for Mainstream, although chief financial officer Paul Corrigan recently said that the new access to capital via Mitsui and Aker has reduced that imperative.
Now, Quaney says, the company combines deep pockets and expertise. She says that Aker Wind joining with Mainstream “gives us a really exciting competitive advantage in terms of offshore wind, with Mainstream’s development track record and expertise, then with our colleagues’ more-technical capabilities and our very deep industrialisation capabilities from the oil and gas sector.” She highlights particularly the floating wind market as a “core focus for us and where we have a huge amount to bring to the market”.
Quaney can name development ‘hotspots’ around the world where the company has a wind and solar track record, including Chile and South Africa, but she says the UK “has been and continues to be a home market for us”. The company is a 50% partner with Ocean Wind in a 1.8GW project off the Shetland coast that came out of the recent ScotWind round. It is anticipating the Celtic Sea round as well, which “plays very well to our strength in floating wind”.

No retreat to fossil fuels
The company’s experience in Chile is one reason why Quaney thinks the Europe’s current gas crunch will not divert it from the Net Zero agenda: “If you look back to Chile’s perspective in 2009 it was really suffering the impact of being dependent on gas flows from Argentina. The Argentinian gas price made power extremely expensive. In terms of its home market it had a fossil fuel based system and it relied on import of those fossil fuels and yet it had a geography that was so right in terms of the potential for renewable energy for wind and for solar resources”.
For Europe, she says, “I think any real risk of there being a short-term retreat to fossil fuels is vastly outweighed by the macro challenge of today. This is an issue by and large that has been caused by the … lack of energy security within Europe. The problem would be worse if we didn’t have capacity of renewable energy on the system.”

“Financial markets are ahead of governments .. and that is driving investment.”

The future role that renewable energy can play to foster a greater energy independence and security in Europe “vastly outweighs any short-term risk of short-term measures being put in place and I think that is very clearly understood at a political level”. She believes financial markets are “ahead of governments in terms of the availability of capital and the need for the capital to find a home and that is driving a significant amount of investment.”
But to release that investment across Europe there are some critical changes needed: “the planning and permitting cycle is far too long. They are cumbersome and … the bureaucratic processes in which we have to work are unnecessarily slow. They also increase ultimately the cost of development.”
She says, “There is a very keen awareness of this issue in governments but they need to get it to the top of the agenda and do it quickly.”