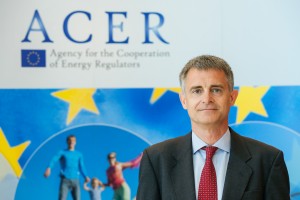 Since 2016, each and every transaction and order-to-trade involving wholesale energy market products to be delivered in the EU must be reported to the Agency. As a result, the Agency currently receives, on average, more than two million records a day, in respect of transactions entered or orders-to-trade, submitted by more than 13,000 energy market participants. This includes energy supply contracts, derivatives and transportation contracts. The agency also receives fundamental data on networks, pipelines, storage systems and LNG systems.

A purpose-developed surveillance platform screens the reported data and identifies the anomalous instances – those that deserve further attention. These anomalous instances are then analysed by the agency’s market surveillance and conduct experts and, where market abuse is suspected, notified to the relevant national authorities for investigation and enforcement. Since the beginning of this year, the agency has been notifying 60 to 80 suspicious instances a month.

In October, French energy regulator CRE imposed a џ5 million fine on Vitol – a large energy trader with 40 offices worldwide – for manipulating the French gas market over a ten-month period in 2013/14. A higher fine – of џ25 million – was imposed by the Spanish regulatory and competition commission, CNMC, on Iberdrola GeneraciЧn in November 2015. The CNMC determination was appealed and the case is now pending before the Spanish court.

It is too early to derive from these cases reliable statistics regarding energy market abuse in the EU. However, the longer experience in the US can provide an indication of the kind of abusive instances that effective market monitoring might detect and sanction, thus producing a deterrence effect as well.

The benefits of effective market monitoring, in terms of detection of abusive behaviour with the consequential disgorgement of profits – typically returned, directly or indirectly, to energy consumers, and penalties – are therefore clear.

Through their market surveillance activities, the agency and national regulators aim to ensure that all market participants trade on the basis of the same information – there is no insider trading in the market – and to give consumers confidence that the prices they pay for the energy they consume reflect market fundamentals and are not distorted (inflated) by market-abusive behaviour.

Energy traders will require new EU registration in the event of a no-deal Brexit, says Ofgem