UPDATED: Range anxiety? It will be the making of electric vehicles 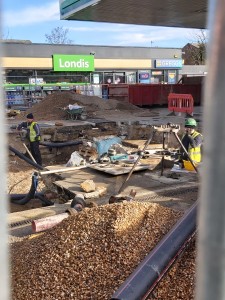 What’s going on at this SE London petrol station? 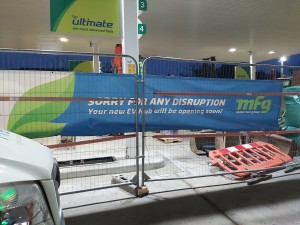 It is being converted into an EV charging hub.

It reminds me of the blog below, which I wrote in 2017, and this article on petrol station defection. The speed of change is increasing.

Here’s my range anxiety: on holiday in Devon petrol stations are few and far between. There are some on major routes and supermarkets, and locals know where the others are – but if you are a visitor and you want to stay off the major routes you can drive for miles while your tank ticks down towards empty.

The problem exists in many areas where the population is less dense – it’s just that people are used to it and used to planning ahead if they think garages will be scarce. And although the situation is very different in high-density areas, petrol stations are closing there too.

For electric vehicles the situation is very different. Every electric socket in every home and business is a supply point in an emergency.

Not everyone wants EV drivers who didn’t think ahead knocking on their door, but some would: the village shop can offer power for travelers, alongside energy bars for walkers who have already eaten their lunch. So can any business with visitors, the village hall, or your B&B.  And with a spare hour, it’s certainly less trouble than taking a fuel can to a petrol station.

If those small businesses are willing to invest to provide wifi, why not EV charging? An AirBnB for EV charging can’t be far away.

I’m looking ahead. But do the same for the petrol fuel network and what do you see?

Petrol stations are expensive to invest in and run. They need regular deliveries of fuel and rely on a very long delivery supply chain, which we know from experience can be disrupted very easily. The main product is a positive disbenefit if you are inviting people to spend more time (and money) on-site.  If they were being introduced now they would be seen as dirty and dangerous – and in short supply. And most are not raking in the cash. How much profit is your local petrol station making? Is it selling groceries and other essentials alongside? Does it sell coffee?

Unlike electricity, that situation can only get worse. Electric vehicles and public transport mean fewer customers for the same fixed petrol supply network cost.

At some point, petrol station owners will get out of the petrol game and into electric charging as well – and then, perhaps, instead. A few at first, but each one that withdraws will raise the cost of petrol deliveries for others.

In reality, already, electricity is ubiquitous and petrol or diesel is rare in comparison. Eventually, consumers will begin to feel range anxiety over their petrol and diesel cars and start to be comfortable that they see EV chargers in all the places they regularly visit.

The tipping point for EVs to become the norm will not be because of rising vehicle numbers but because there is less fuelling network coverage. It’s range anxiety over petrol cars, not EVs, that will drive the change.

And once it starts the switch could happen extremely fast. Past consumer-led changes in other sectors are useful models – there are still people around who cling to video, but you have to go a long way to rent one nowadays. Petrol stations could go the way of Blockbusters.

Vehicle manufacturers: UK must build a battery industry by 2027 to compete in EV market

From the monthly Report: Will there be any petrol stations in 2030?

← How to get electric vehicle plans out of the box
Greencoat UK Wind now sole owner at Braes of Doune, acquires stake in Kype Muir Extension →

3 comments for “UPDATED: Range anxiety? It will be the making of electric vehicles”