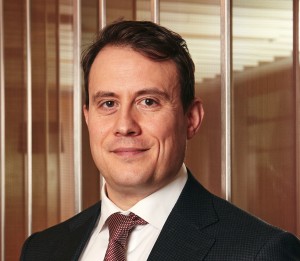 Pulse Clean Energy is a new entrant to the UK energy industry. It is backed by Investment Management Corporation of Ontario, which invests on behalf of public sector pension funds in the Canadian province.
In 2021 IMCO acquired Green Frog Power, which had previously invested in diesel and gas engine arrays to meet GB’s growing demand for fast-response and peaking power. But IMCO was not interested in Green Frog’s gas engines, most of which it returned to the founders as part of the acquisition. IMCO’s interest was instead to “transform the business into an owner and operator of utility scale batteries”.
Naming the new business Pulse Clean Power, it promised to invest £288 million to develop a pipeline of 1GW of battery storage. That starts with converting a suite of sites from diesel engines to batteries.
When I speak to chief executive Matthew Mendes I ask what is involved in that conversion.
He says, “From a pure physical perspective, the physical footprint of the engines versus a battery container isn’t that materially different. There are different characteristics as regards how you import, the need for fuel, etc”. But the company and its parent want to be part of the green energy transition “and it was really important that we do more than pay lip service”. That meant removing less environmentally friendly diesel to replace it with “options that largely perform a similar function, but in a different way.”
It was also useful to be able to reuse a lot of the infrastructure that was already on site. “To us that was appealing on a number of fronts. We liked the sites and the locations, some had been around for 15 years but you can re-use a lot of the infrastructure on a diesel site,” Mendes said. Whether that might be replicated on gas engine sites is a difficult question. He says, “It is harder to do on a gas site because you need gas access, so you need gas pipelines coming in and lots of that is buried. Diesel you are just trucking in and stuff can be removed pretty easily, and it wasn’t a lot of capex up front to get those connections in.”
The diesel sites had “run through their life cycle .. or were getting pretty close,” he says.

Storage models
The new batteries will follow a now-familiar model. “We will be looking for new Capacity Market contracts – we think it is a very important part of the revenue stack for a battery project. And we are looking to utilise these in the different schemes for ancillary services as well as optimisation activities in the traded markets,” says Mendes.
Pulse is aiming to get its first diesel site conversion into service by the end of this year. The timetable for the rest depends on permitting and other familiar rollout issues. Mendes says he is evaluating how many we could see by the end of next year “and trying to see how to speed them up”.
He adds, “If we are going to hit that 1GW target by 2025 we will have to start seeing a lot in service from 2023.”
Could supply chain disruption affect his ability to hit the ground running? He admits, “Nothing in the supply chain is smooth now. We had a disrupted supply chain before we had war in Western Europe and we need a deeper supply chain if we are going to be able to get to Net Zero.” He sees bottlenecks developing: “ The ramp up of production capacity at battery manufacturers is coming close to not matching demand” both for batteries and their component cells. But he expects a lot of investment from manufacturers who are seeing the same thing.

Nothing in the supply chain is smooth now

Mendes is looking for partnerships as well as project acquisitions, as the company looks actively to expand its pipeline. I ask about other old diesel sites but Mendes thinks, “We have cracked that nut. Replicability is always nice, but most of the other sites will be green field [as regards energy projects] – other industrial sites.”
Currently all the projects in the pipeline are distribution-connected, but he says, “We are interested in looking at transmission-connected projects, we know of quite a few of those that are undergoing different forms of applications and it’s something we want to participate in.”

Changing risk landscapes
Pulse Clean Energy is an example of how ‘low risk’ investors are becoming comfortable in new energy sectors such as ancillary services markets. It is a far cry from a decade ago when pension funds who took stakes in new energy assets were tentatively investing in well-established large projects, reducing risk by investing alongside major energy incumbents, with long-term power purchase agreements.
Although the CM contract is helpful, Mendes talks about a different type of attraction: fulfilling a need. And he talks about the deconsolidation of the energy industry: “It used to be a handful of coal, gas or nuclear sites … but we see more onshore wind, localised PV and we think that will continue. Assets like this [battery storage] that are placed adjacent to load centres and can help manage the intermittency of those assets – that need will be fundamental, whether it is batteries now or maybe hydrogen in 20 years.”
The deconsolidation he mentions extends to asset management models, with some storage operators, for example, farming out trading, risk management and other functions. Mendes says Pulse’s model will evolve, “but from Green Frog we have some good operations staff and in our organisation we have people with backgrounds in accessing markets and trading, so we are well versed. At the outset it will be partnering with best in class partners.”

Pulse is far from the only new company offering battery storage in GB and I ask whether he is entering a crowded market. He says commitments don’t match up to what we need. “It feels a bit like that [crowded] because it is a new segment of the market – two years ago there were two players, now there are six or seven. But in reality the need far outstrips what people are doing today.”
I have seen some companies move up from one hour to longer storage durations. Mendes says for the moment the company is focusing on one-hour batteries but not locked into them longer term. Instead, “It will evolve through time and as battery pricing changes.”
If the company is converting diesel to batteries, where does that leave gas engines? Mendes says, “We as a company won’t be investing in new-build gas engines.”
In an interesting contrast with old-style risks like those discussed above (such as around power offtake certainty), he names risk factors around what will happen to the price of carbon, and new clean energy regulations. He says, “I think it is pretty clear that the government in the UK is focused on materially reducing greenhouse gas emissions and the technology is out there to be able to do that with less of a need for fossil fuels. When it comes to energy security, it changes the dynamics a bit.”
Overall, “straight-up gas engines like we have today, I think in 20 years you won’t see a lot of those around any more,” he says – although he is leaving space for hydrogen gas-fuelled engines in that comment. But he says, “that won’t be us. We will try to figure out what’s next from a technology perspective, rather than looking back.”