Matthew Bell, director at Frontier Economics and ex chief executive of the Committee on Climate Change (to 2017), takes a closer look at HM Treasury’s view of a net zero target 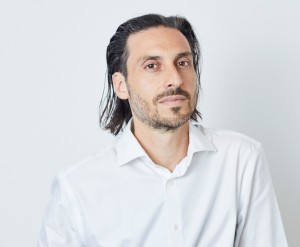 On 2 May, the UK Committee on Climate Change (CCC), at the request of the government, advised that the UK should set a target to reach net zero greenhouse gas emissions by 2050. On 5 June, the Financial Times leaked a letter from HM Treasury to the prime minister setting out the implications of such a target – and warning of potential trade-offs between alternative priorities for government spending.

On 11 June, the prime minister confirmed that the government would accept the CCC advice and legislate the net zero target for 2050. Quick movement by any standards, particularly quick given the current state of politics!

In some ways the letter from HM Treasury contained nothing new – all the points it raised are also discussed in the CCC’s advice. It is a pithy summary and a clear guide to upcoming debates. To understand those debates, it is worth dissecting the letter in a bit more detail.

HM Treasury issued its warning based on a £1 trillion price tag, including requirements to spend public money to decarbonise heat, insulate homes, increase electric charging points, change farming practices and risk making some industries “economically uncompetitive”. The wider press picked up on that large round number but it was not actually the focus of the letter. In fact, the letter appears to be mainly an attempt by HM Treasury to, admirably, ensure the decision is made in full knowledge of its implications; and, less admirably, to be able to say “we told you so” when difficult future decisions need to be made.

We are committed to virtually all the cost (and benefit) already

The newspaper headlines rather distorted that message so it is worth being clear about the £1 trillion price-tag that grabbed attention in the press:

• £1 trillion sounds like a lot but it appears to be the sum of spending over about 30 years and, on that basis, falls well within all the existing estimates of the cost to the UK of its transition to a low carbon economy: about 1- 2% of GDP, or delaying for about 6 months our arrival at the expected standard of living in 2050.

• The proportion of the £1 trillion which is government spending is much lower, and large parts of it are shifting around payments that would be made in any event, just in a slightly different way (eg paying farmers to undertake activities that absorb carbon as well as paying for food production).

• The figure is only a net cost figure (ie cost of measures to reduce greenhouse gas emissions minus direct savings from them). It does not take into account wider benefits, such as health benefits from cleaner air and healthier diets and, of course, lower greenhouse gas emissions helping to avoid other costs. If we only looked at the cost side of the equation we would not fund health, education, welfare spending or any number of other programmes. The government spends tax-payer money when the total benefits outweigh the total costs, not when there is no cost.

While those three arguments have been well made elsewhere, another argument seems to have missed most of the coverage: we are committed to virtually all the cost (and benefit) already. Under the current Climate Change Act the UK is bound to reduce its emissions by at least 80% by 2050. The list of actions apparently stated in the letter (decarbonising heat, eliminating diesel and petrol cars, changing farming practices and others) have to be done in any event. It is true that the final 20 percentage points might be harder than getting from 60% to 80% but it is certainly not £1 trillion harder – not close.

The arguments above are enough to dismiss the press reports we have seen. But they do not make the most important point. When the streets of our cities, and indeed those of the rest of Europe and North America, were full of horse-drawn carriages and the first cars began to appear, it would have imperilled the standards of living of all future generations to argue that the cost of building roads, manufacturing vehicles and, yes, re-training horse-cart drivers meant we should stick to horse-drawn carriages in our streets.

We are trying to transition to a lower carbon world. It is a transition driven by the very high costs of continuing to emit greenhouse gases – costs of flooding, more extreme events, hotter temperatures and others. But it is also a transition based on improving technology, progress and rising standards of living: new digital technologies, new foods, new construction materials, new forests and better homes, cars and health. There will be those who lose out in such a transition and we need to learn the lessons from past transitions to help them. In fact, the Committee on Climate Change recommended HM Treasury specifically review that issue, and the only new news in HM Treasury’s letter is that they have accepted that recommendation.

In legislating the target, the government has also drawn attention to the use of offsets to help meet the target. Using offsets would allow the UK to pay for emissions reductions in other countries rather than making reductions in the UK as a means to achieve net zero. The CCC recommended against their use except as already prescribed in the Act (essentially under unexpected circumstances.

The arguments about the use of offsets are a very long running debate. If you set aside all the sound-and-fury, the central issue with offsets is that the regimes that have been set-up to date have not been credible. If we could agree a credible international offset regime – one that ensures no double counting of emissions and real additionality – then an international market in carbon credits would be a very valuable addition to the arsenal for combatting climate change. For us to emerge from the 2020 UN climate change summit with a solution to that challenge would be a huge step forward. The UK is bidding to host that summit and would be very well placed – combining its expertise in financial services and markets with its leadership on climate—to help negotiate a solution to the challenge. We should all support that effort.

Legislating the target is the beginning, not the end, of all these debates. When Philip Hammond was foreign secretary he made an important speech to the American Enterprise Institute, a right-wing think-tank. He said: “I haven’t come here by chance. I have come here by choice – because I want to make an argument to a conservative audience: first, that it is wholly consistent with conservative values to tackle the challenge of climate change; and second, that those conservative values can show us how best to deal with that challenge… I do not accept that we have to choose between our future prosperity and safeguarding the future of our planet. This is not a zero sum game. As conservatives, we choose both.” That was the “Spreadsheet Phil”, who knew you do not look only at one side of the ledger. We need to react to costs, and to help those disproportionately affected, without losing sight of the benefits and without our economy, our industries, our standard of living and our wellbeing stuck in the 20th Century.

First published in the July 2019 issue of New Power Report

1 comment for “OPINION: A trillion pounds? It’s a winning transition”