Where will we be in 2030? Key questions for a changing power sector

As the 2020s start, in the January 2020 issue of New Power Report we set out a series of questions about how the industry would look at the start of the 2030s.

What’s your view? Have we asked the right questions? Are these key issues? And what are your predictions?

Answers in the comments or by email to the editor – and don’t miss our exploration of these questions in upcoming issues of New Power Report. 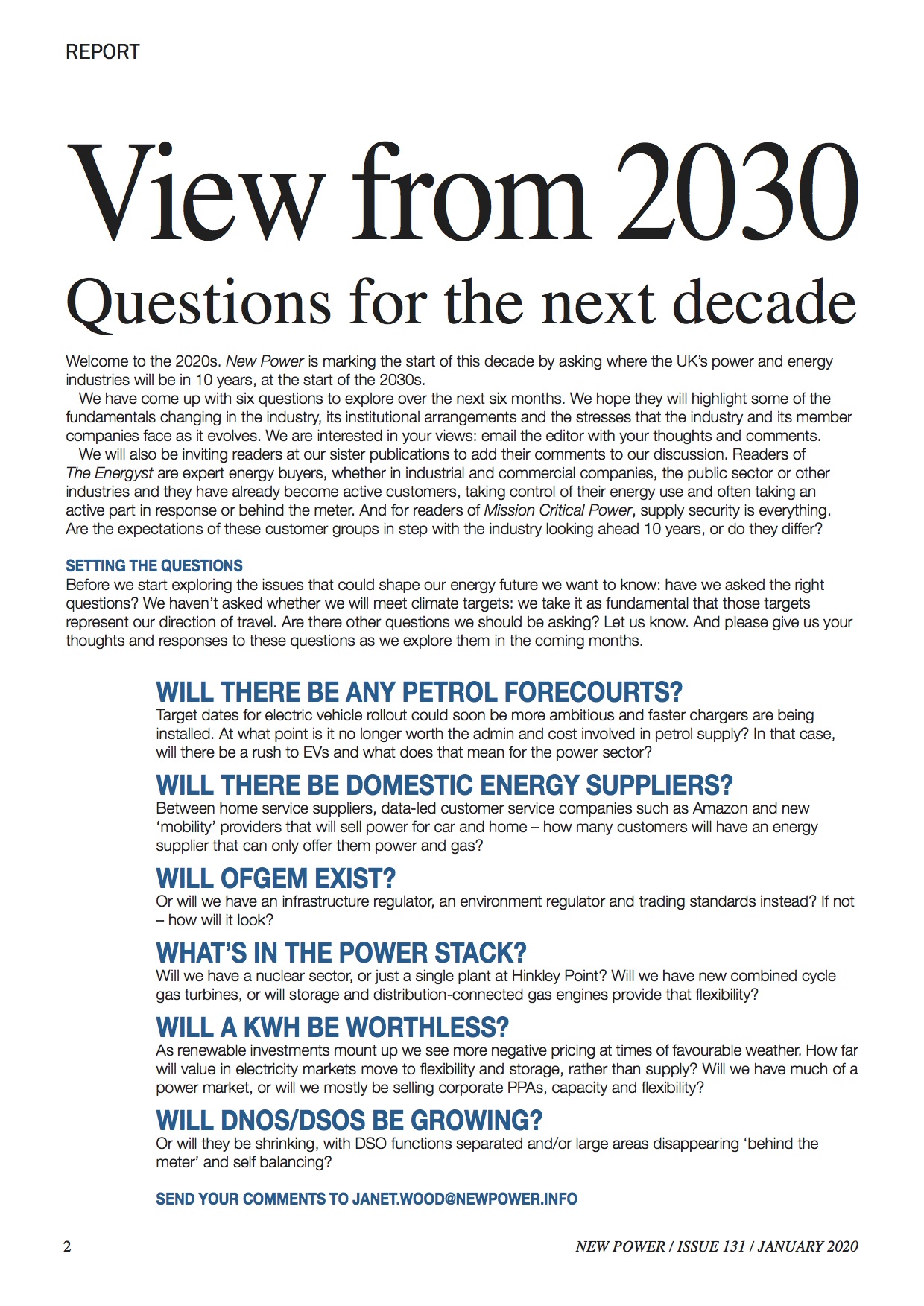 From the monthly Report: Will there be any petrol stations in 2030?Good Energy and Engenie combine to offer ‘blended’ fast and slow EV charging options‘Electric Forecourt’

UPDATED: EV chargers put a town on the map

1 comment for “Where will we be in 2030? Key questions for a changing power sector”